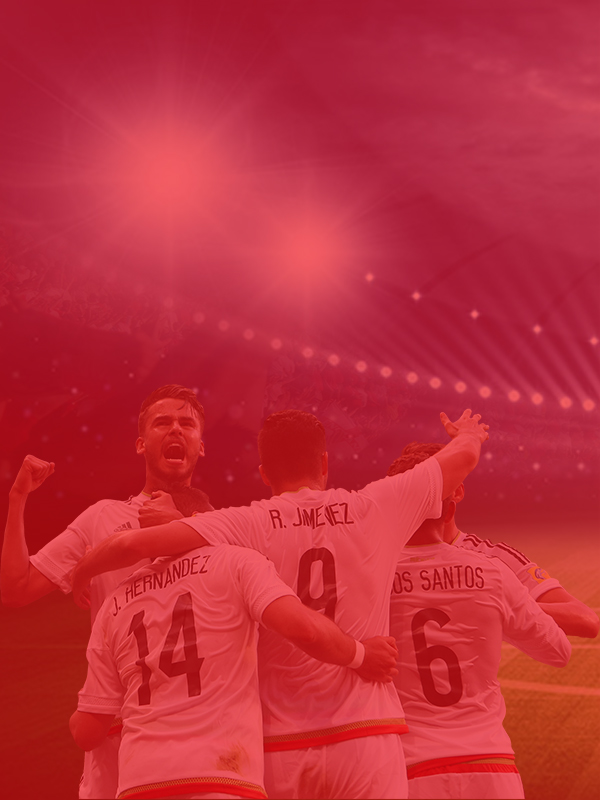 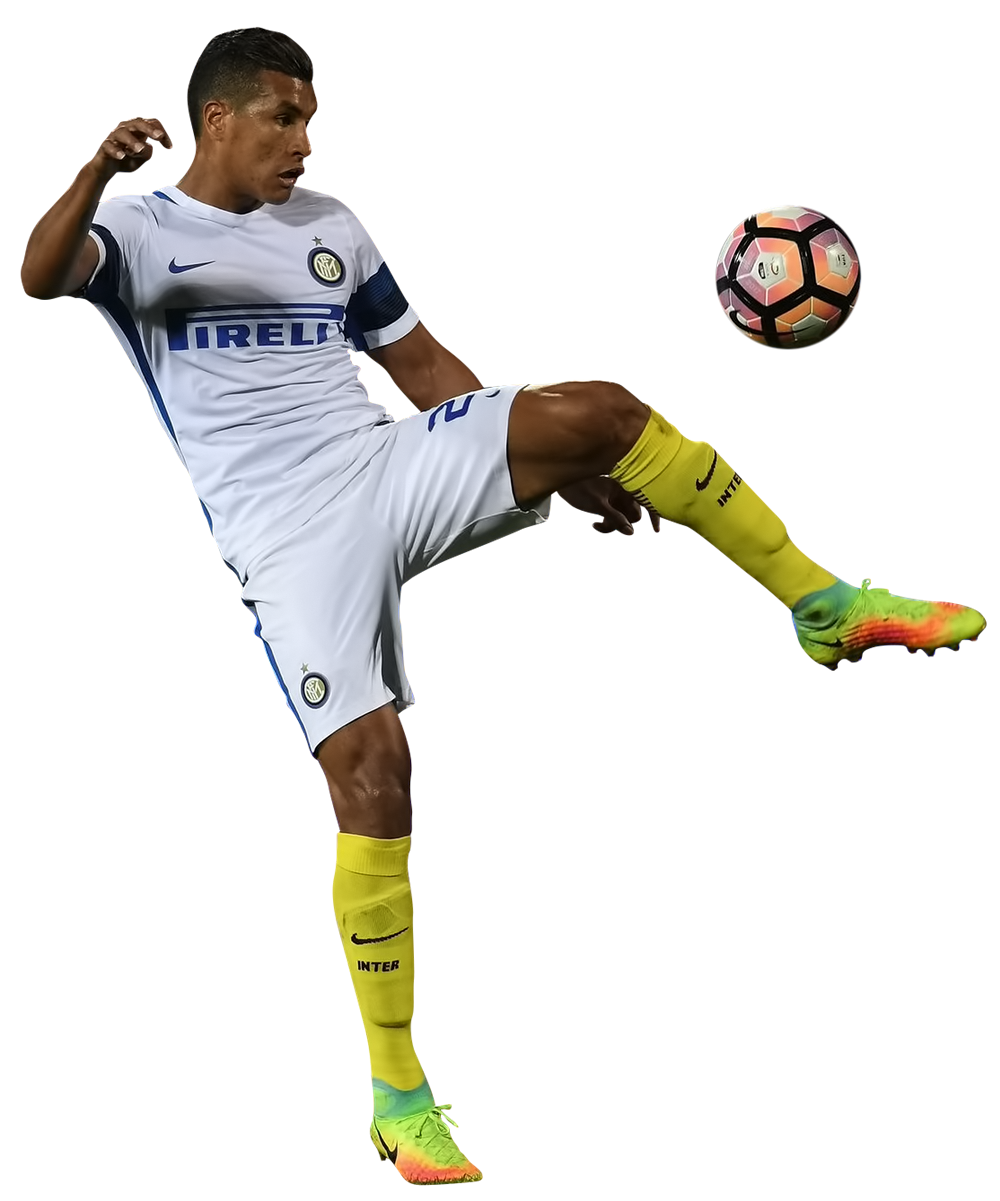 In football it mostly pays to treat a team’s home form as completely separate to their away form. Some teams have league winning form at home and relegation form away. Teams that are strong at home and weak away can be great value bets at home to ‘better’ sides, especially if they have played and lost a couple of away games recently.

In football it mostly pays to treat a team’s home form as completely separate to their away form. Some teams have league winning form at home and relegation form away. Teams that are strong at home and weak away can be great value bets at home to ‘better’ sides, especially if they have played and lost a couple of away games recently.

Checklist to follow before you place a football bet

Team news should have a large bearing on the confidence of football bets. A player returning from injury can be like a new signing and if a top player is set to miss a forthcoming match it can majorly affect a team’s chance of winning a match.

Some managers do particularly well against certain teams because they have figured out a tactic that either stops the other team from playing their preferred style of football or exploits one of their weaknesses extremely well. It is worth seeing if the managers have previously met, either with the same teams or with different teams and if there are any trends between the winners of the games and if they were high scoring or low scoring encounters.

Always check if the game you are betting on follows or precedes a European match that one of the teams is involved in. If the team has played a midweek European match they could be tired, especially if it was in a country that is more than a couple of hours flight away.

If one of the teams has a European game a few days after the game you are betting on then it is likely that a couple of players might be rested and the team won’t be at full strength.

International breaks can have a similar affect to European games. If the game you are betting on is following on from an international fixture list then the team with the most internationals involved is likely to have a tired team who haven’t trained together for a week or so. There may also be players who picked up injuries on their international duty.

Often important players will miss several games due to international duty. For example a number of players will miss important domestic matches to represent their countries in the African Nations Cup. Missing these key players could have a huge impact on some teams.

Although previous records between two sides can be misleading, it is still worth considering the last few meetings between the sides. Most trends from more than a few years ago are irrelevant due to a combination of player changes, manager changes, ground moves and rule changes but there are teams that consistently beat other teams so take some notice of the last few meetings between the two sides if they both have the same manager still and the majority of the players involved in those matches.

It is important to consider the styles of play that both sides use. Two sides that are defensive and hard to break down are likely to have a low scoring game whilst two attacking teams meeting can often create unpredictable results.

A good strategy is often to predict the score of each match you are considering betting on after looking at the amount of goals each team scores and concedes. The bigger the wins in the correct scores, the better bets they are. Some stats guides will tell you more than just whether a team has won but also how many goals they average and how many goals both teams score both home and away.

Many professional punters like to have a set betting bank (size varies depending on wealth) from which they place all their bets. This allows them to easily keep track of profit and loss because all winnings and losses are coming from the same bank. It also allows them to stake set proportions of their bank on bets which reflect their confidence in the selection’s chances. Profit from the bank is periodically withdrawn or withdrawn when it reaches a certain amount to be used for non-betting purposes.

You may have a betting bank of £1000, from which you may withdraw profit every time the bank reaches £1500 or instead whatever profit has been made each three months.

Assigning unit stakes to bets can be useful as it makes the punter more disciplined and less likely to over bet an event. Sometimes a maximum and minimum unit stake is used, from one unit to twenty units for example. Depending on the seriousness of the punter a unit may be £1, £10, £100 or even more. These units are usually referred to as points.

The more disciplined a punter the smaller band of units they will probably use. This makes them even less likely to over or under bet an outcome as the difference in confidence between units will be even more clearly defined in their mind.

Kelly’s Criterion is a formula that is used to determine how much of a bank should be risked on a given bet. The formula takes into account the odds of the bet and the probability that it will win and the probability that it will lose. This does have the advantage of ensuring the whole bank is never lost on a bet and helps to steadily increase the bank. A disadvantage of this is that there is no way of guaranteeing that money won’t be lost. In fact, there is a 1/3 chance of halving the bankroll before it is doubled.

The Martingale System is often associated with Roulette but can be applied to any sort of betting. It is essentially doubling up after every losing bet. If the odds are evens or over then in theory the punter cannot lose as they will receive all of their losses back every time they back a winner.

However, in this theory the punter has an unlimited betting bank to cover each bet. In reality betting banks can run out and maximum stakes that bookies will allow can be exceeded so the Martingale system is not recommended as the stakes can soon get out of control.

The key to managing money is to bet sensibly. The main rule every punter should have is to only ever bet what they can afford to lose. Betting should be viewed as fun more than anything else and when it is no longer fun it is probably time to give it up.

Betting an entire bank is never a good idea either. However confident you may be about an outcome, freak results do happen and it can leave you with nothing left with which to try and claw your losses back.

The biggest mistake someone can make is to chase their losses. Chasing losses is when someone tries to win back what they have lost in a day or week by either upping their stakes or betting on selections they wouldn't normally gamble on.

The best way to avoid chasing is to set out exactly how much you are going to bet on your fancied selections at the start of a day and preferably what prices you expect (so that you don't over bet to compensate a shorter price than you were expecting). Stick to this rigidly and there shouldn't be any problems.

If you find that you are one of those people that just can't help chasing your losses then place your bets in the morning and don't check the results until that night when all the racing or football matches have finished and there is nothing else to bet on. If you find you have lost money then there is nothing left to chase on .

A good way of determining how confident you are about a bet and therefore how much you should stake on it is to consider how many times you think that outcome would occur if the event was run or played ten times. The more times it should happen the better the bet is.

Then you have to consider value so consider how many times you think the event will occur and compare it to the odds available. Something that you would expect to happen five times out of ten but is only a 4/5 shot is not as good a bet as something you would only expect to happen one time out of ten but is a 20/1 shot. The better the chances seem compared to the odds available, the more units should be assigned to the bet.

To ensure that gambling is fun and enjoyable, we wanted to put forth an effort to define harmful gambling addictions and how to retrieve help for you or a friend if you suspect a compulsive gambling disorder.

Gambling addictions, also known as compulsive gambling, are characterized as an impulse-control disorder. Those diagnosed with gambling addictions cannot refrain from gambling, regardless of the financial consequences and strains on their relationships. Their behavior results from the impulse to gamble, without taking into consideration the negative impacts of their behavior. The intoxication of a "big win" produces a high which the gambler tries to obtain again. Compulsive gamblers also fall victim to the "gambler's fallacy" in which they believe they can predict the future chance events based on past events, fueling their compulsion and false-belief in future successes with gambling. Gambling addictions can be sub-typed into two distinct categories. Type one is classified as "Action Gamblers." Action Gamblers are drawn to compulsive gambling because of the "risk" involved, and usually prefer gambling around others and prefer games of skill. The second type of compulsive gambling is an "Escape Gambler." These gamblers are compelled to gamble in order to escape some sort of pain, where they can numb their worries, loneliness and pain.

Treatment and Getting Help

There are several methods to help an individual deal with their gambling addiction. All treatments however require the individual to first admit that they do in fact have a problem. Methods such as Cognitive-Behavioral Therapy and participation in recovery programs are the first steps to getting treatment and help compulsive gamblers rebuild their personal lives, finances and stability. For more information on treatment programs, as well as hotlines, diagnoses, and self-help programs, please see the following websites.

Another suggestion to help treat compulsive gambling problems is to install programs which won't allow gambling software to be run on your computers. This removes the temptation to participate in online gambling and removes a significant contributor to secretive gambling. We recommend the software: called Gamblock

Remember to enjoy and excitement that gambling incites and make positive choices in your gambling behavior.

May you have happy, safe and enjoyable gambling experiences. Good luck!